Juliet Lyons | The Light Within | Album Review by Dyan Garris

“The Light Within: Songs for Yoga, Healing, & Inner Peace” by Juliet Lyons

The harmoniously melodic light from this phenomenal album gently pours out onto us, filling us to the brim with love.
____________________________
On the long-running TV series, “Touched by An Angel,” there was an episode in which the angel, Monica, centuries earlier in Heaven, had been kicked out of the angelic choir for her horrible voice. She just couldn’t sing. Well, I believe Juliet Lyons replaced not only Monica, but that entire choir of angels.

Juliet is a full-time singer, songwriter, and production music composer with the voice of an angel. She is well-known for her soaring, etheric vocals and musical works in film and television, movie trailers, as well as in the Trance and New Age genres.

Her original music has been heard in over 100 television shows on NBC, ABC, CBS, HBO, ABC Family, MTV, VH1, E!, Lifetime, Showtime, Bravo, Discovery, National Geographic, TLC, Cinemax, CMT, and more, as well as in the major motion picture, “Ghost in the Shell.”

Juliet’s new solo album, “The Light Within,” is a collection of 10 tracks of mostly vocal songs created for yoga, healing, and inner peace. Juliet uses her astounding gift of voice as an instrument of compassion and love. And that love shines through in every single note. The production on the album is first-rate, the music is uplifting and healing; the entire album is a source of light to help us remember and feel our own light within. And we do.

The opening track, “Lokah Samastah,” is happy and joyful, but much more than that. “Lokah Samastah Sukhino Bhavantu” is an invocational Sanskrit mantra which essentially acts as a blessing for the world. And it is. If we all started our day with this jubilant song of peace, I suspect we could change the entire universe for the better. It’s certainly exhilarating and vibration-changing at a core level.

Joining Juliet on this track is a stellar line-up of musicians (on the whole album, in fact), including her husband, Rupesh Menon, who adds his wonderful, deep chants into this magnificent mix. Grammy® winner, Ricky Kej, an Indian composer and music producer, performs on keyboards. Additionally, Allen DeSomer adds guitars, with Vanil Vegas on santoor, and Karthik K on tabla.

Following is the very calming “Om Shanti.”  Om Shanti is a mantra used in meditation, yoga practice, and Indian religions. Basically, the mantra, om shanti, calls forth cosmic peace. This song more than hits the mark.

The guitar, sitar, and bass of multi-instrumentalist and guitar virtuoso, David Vito Gregoli, provide the perfect complement to Juliet’s dreamy, ethereal vocals on “Flow.” This is like being softly swaddled in a flowing river of eternal peace and tranquility. Outstanding.

The trance inducing, “Calm,” is extremely soul-soothing. Juliet’s vocal performance is heavenly, wrapped beautifully around the ultra-smooth electric guitar of CK Barlow and a steady under-beat.

“Dawning Equilibrium” is very pretty and tranquilizing to mind, body, and spirit. We may be missing Juliet’s vocals here, but we are treated to her Native flute performance intertwined.  Enchanting and relaxing.

“Eternal Now” features the distinctive, masterful flute performance of Ron Korb and Allen DeSomer’s guitars accompanying Juliet’s breathtaking vocals.  Rupesh Menon’s masculine chants interspersed give this song great “yin-yang” balance. This is all mixed perfectly by the award-winning Todd Boston.  I can honestly say I don’t think I’ve ever heard anything quite so beautiful.

The heart chakra opening “Heal You,” is so stress relieving you can literally feel your stress melting away. The song feels alive and like it has its own heartbeat. Good for healing, grounding, and centering.

The title track, “The Light Within,” has a glorious, cinematic ambiance, even sans vocal. If our heart chakras weren’t open to the light within prior to this, they are now.  Beautiful. Just beautiful.

The album closes out with the lullaby-like “Shine.” Featuring Juliet on vocal and piano along with Allen DeSomer’s guitar, the harmonies, again, are amazing. Close your eyes and peace-out.

“The Light Within: Songs for Yoga, Healing, & Inner Peace” is a very special album, unlike any other, that the whole world should hear and inhale deeply into their entire “beingness.” The harmoniously melodic light from this album gently pours out onto us, filling us to the brim with love.  A phenomenal recording, this is manna from Heaven. 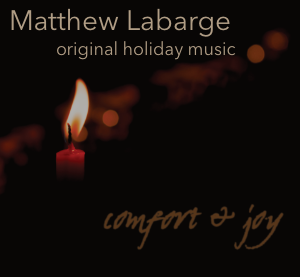